Follow the path taken by generations of travelers and discover the iconic destinations and attractions of the smallest country in the world.
This tour follows an itinerary which includes: the Pio Clementino Museum, the Gallery of the Candelabras, the Gallery of Geographical Maps and the Gallery of Tapestry, the Raphael Rooms, The Sistine Chapel.
The opening of the Cabinet of The Masks reserved to few visitors. After the visit of the Museums visit St.Peter’s with its stunning mosaics and reach the Crypt where sacred bones of St. Peter are preserved.
Visiting all the treasures that are part of the Vatican is one of the greatest experiences. Our expert guides will make your journey a memory.

This is a private tour that can be offered in English, French, German, Spanish, Japanese, Korean, Portuguese, Italian

Private pick up service from the hotel to the Vatican

Expert local guide of the Vatican for your exclusive private tour

Choose the day and time you prefer

Transfer at the end of the tour

Nothing in Rome or, quite possibly, the world, is as fascinating in its immensity as the palatial maze of more than 1,000 rooms and corridors known as the Vatican Museums. There are in fact 8 museums, 5 galleries, the Apostolic Library, the picture Gallery that displays many of the world’s most famous paintings, the Borgia and Raphael rooms, and of course the Sistine Chapel.
The Sistine Chapel is the private Chapel of popes and the site of the secret conclaves at which cardinals elect new popes. The awesome vaulted chamber is named after Popa Sixtus IV, who ordered it to be built. It is covered with superb frescoes by Perugino, Botticelli, Ghirlandaio etc. From 1508 to 1512 Michelangelo painted the ceiling with the saga of humanity from the creation to the Flood, the largest work ever accomplished by a single artist. Twenty-three years later he painted the last judgement on the Sistine’s altar wall.

In the Museums are housed some of the finest surviving ancient sculptures. Among them is the only copy of the Aphrodites of Cnidos by Praxiteles, considered the best Greek star ever found, together witht the tortured marble Laoocon group.

St. Peter’s basilica, the largest catholic church ever built, was consecrated in 1626. It involved a century of work and the architectural schemes of Bramante, Raphael , Sangallo and Michelangelo. St. Peter’s church spreads over more than 1.5ha (3.5 acres) . Beneath the soaring cupola is Bernini’s bronze baldacchino (canopy) above the high altar at which only the pope can celebrate mass. Amid the basilica’s breathtaking array of gold, mosaic, marble and gilded stucco, the supreme masterpiece of Michelangelo’s Pietà, a superb marble statue of the Virgin cradling the body of Christ.
St. Peter’s Square, opening out as if to embrace all mankind was completed in less than 11 years (1656-67) by Rome’s leading baroque sculptor, Gian Lorenzo Bernini.

Please keep in mind that every itinerary is to be used as a guideline rather than a fixed tour. All of our experiences are designed for private parties, we are happy to  tailor the itinerary to exactly what you want. Whatever you need, you can trust us to handle every little detail. 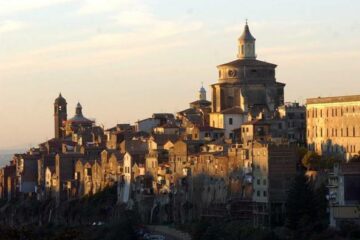 Palestrina and its vineyards 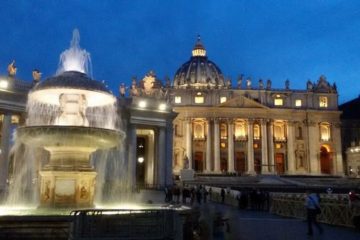 Vatican by Night with Happy Hour 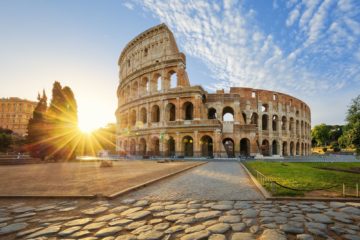 Colosseum & Circus Maximus, from Gladiators to
Private
3 hours
272,00€ Sistine Chapel & St. Peter’s
One tour per person
We use cookies on our website to give you the most relevant experience by remembering your preferences and repeat visits. By clicking “Accept”, you consent to the use of ALL the cookies.
Cookie settingsACCEPT
Manage consent

This website uses cookies to improve your experience while you navigate through the website. Out of these, the cookies that are categorized as necessary are stored on your browser as they are essential for the working of basic functionalities of the website. We also use third-party cookies that help us analyze and understand how you use this website. These cookies will be stored in your browser only with your consent. You also have the option to opt-out of these cookies. But opting out of some of these cookies may affect your browsing experience.
Necessary Always Enabled

Any cookies that may not be particularly necessary for the website to function and is used specifically to collect user personal data via analytics, ads, other embedded contents are termed as non-necessary cookies. It is mandatory to procure user consent prior to running these cookies on your website.